In addition to vasomotor symptoms, the approach to the menopause transition can be associated with irregular menses, mood changes and genitourinary symptoms. The primary objective of the survey was to gain a greater understanding of women’s expectations, knowledge and perceptions of menopause and how it affects quality of life (QoL).

European and Australian women experience similar menopausal symptoms that negatively influence QoL. Expectations and experiences differ between Europe and Australia, and between non-menopausal and menopausal women. Women who do not feel supported during the menopause transition report more symptoms and a greater negative impact of their symptoms.

Women may experience different symptoms attributed to menopause based on their stage of transition [1-4], and not all women experience symptoms. Vasomotor symptoms (VMS), such as hot flushes and night sweats, are considered the cardinal menopausal symptoms, and are experienced by approximately 80% of women [5]. Night sweats can cause significant sleep disturbances, potentially leading to fatigue and cognitive impairment [6,7]. Among women aged 40 to 59 years with VMS, 74% report that their sleep suffers [8], and 26% of women experience severe sleep difficulties that may influence daytime functioning [9]. Symptoms associated with genitourinary syndrome of menopause (GSM) usually occur later [4], although the onset can be early in some women. GSM symptoms include genital symptoms of dryness, burning and irritation; sexual symptoms, including lack of lubrication, dyspareunia and impaired function; and urinary symptoms of urgency, dysuria, and recurrent urinary tract infections [10]. Symptomatic women often have more than 1 menopause-related symptom; however, they typically seek treatment only when symptoms become sufficiently bothersome [6,8,11].

Individual experiences of menopause are influenced by each woman’s personal, family and social/ethnic/cultural perspectives; her knowledge, perceptions and attitudes towards menopause; and her current roles, and how she anticipates menopause may change these roles [2,12-14]. However, studies suggest a lack of knowledge, understanding and appreciation among women, their partners, employers and healthcare professionals (HCPs) regarding menopause and menopause-related symptoms. An Australian study of women aged 40 to 60 years showed that pre- and perimenopausal women often overestimated the intensity and duration of physical and emotional symptoms of menopause compared with women who were postmenopausal [15]. A systematic review demonstrated that women with more negative attitudes towards menopause report more symptoms during menopause [16]. A survey of highly educated Asian women showed that although 87% had positive perceptions of menopause and 46% reported that they had sufficient knowledge about menopause, only 5% knew about menopause hormonal therapy and none knew about available alternative therapies [17].
Many women in midlife would benefit from objective discussions with their healthcare providers regarding their knowledge, perceptions and expectations surrounding menopause. Thus, it is incumbent upon HCPs to discuss menopause, examine individual needs, preferences and expectations, correct misperceptions, and provide objective information about symptoms and their treatments.

Two observational surveys were conducted, one across 6 European countries (France, Germany, Italy, Poland, Spain and the United Kingdom) and the other in Australia, to improve our understanding of women’s knowledge, expectations and perceptions of menopause and how it affects them. Women aged 45 to 55 years were recruited through an online panel for which they had previously consented to participate in surveys. The distribution of the survey participants was similar to the respective national proportions in terms of age, professional role, incomes and regions of residence. Women were interviewed through a computer-assisted web interviewing approach, using only closed-ended questions. The surveys were designed to be easily understandable by women of all backgrounds, were presented in each country’s native language, and required about 20 minutes to complete. Women were excluded from participating if they worked in advertising, market research, the newspaper/magazine/broadcasting industries, public relations, pharmaceuticals, or if they were HCPs.

Women were asked to self-identify as one of the following categories:

The symptoms discussed in the surveys were compiled from a list of symptoms found in published research to be frequently associated with menopause and/or associated with women in this age bracket. This was a descriptive study and therefore no statistical analysis was performed, nor was sample size calculation needed.   No IRB authorisation was required as the women who chose not to answer any particular question did not have to participate, and indeed were removed from the survey (only those who freely chose to answer every question were included).

Key concerns and knowledge of menopause

A large percentage of women (78% in AUS and 86% in EU) identified “facing a health issue” as the top concern they were most afraid to confront in the next few years (Table 2). “Facing menopausal symptoms” was identified as an important concern for 48% of women in EU and 56% of women in AUS. Within EU, women in the UK and Italy (57% each) expressed greater concern, whereas women in Spain (40%), Germany (37%) and France (41%) were less concerned about menopause.

Many women reported feeling informed regarding their knowledge of menopause. In EU, 73% of women stated they felt informed, including 78% of menopausal women and 62% of non-menopausal women. In AUS, 68% of women reported that they felt informed, including 71% of older women (aged 50-55 years) and 62% of younger women (aged 45-49 years).

Menopause-associated symptoms and quality of life

Symptoms attributed to menopause had a strong negative impact on many “highly valued” QoL parameters. In EU, symptoms negatively impacted “having good physical health” and “feeling good about oneself” and had a moderately negative impact on “spending time with family” and “having a job that brings happiness.” Menopause-related symptoms were also shown to negatively impact having sexual relations.

In AUS, 27% and 19% of women reported no impact or severe impact, respectively, on QoL due to their menopause-associated symptoms. In AUS, 45% of women had sought help for menopausal symptoms, most commonly for hot flushes (66%), heavy periods (65%), night sweats (57%), and depression/low mood (51%).

Thirty-three percent of non-menopausal women from AUS perceived that menopause would interfere with “having good physical health”, 40% said it would negatively impact “feeling good about themselves”, and 36% stated that it would impact “having a good sex life”. In EU, 47% of non-menopausal women anticipated that menopause would have no impact on any areas of their QoL.

Despite the potentially far-ranging impact of menopause, at least one-third of European women did not feel supported (by family, friends and HCPs; Figure 3). Only 44% of women from EU stated that they felt well supported. Women in the UK and France, who reported feeling least informed, also felt least supported (UK, 57%; France, 55%).

Observational studies demonstrate a wide range of symptoms among women as they traverse the menopause; these symptoms often negatively affect health-related QoL parameters. Globally, women appear to experience similar symptoms, but with some variation in frequency, severity, interpretation and consequences [14]. In addition to cultural differences, factors that may influence the menopausal experience include genetics, underlying health, diet, stress, socioeconomic status, employment and relationship status [18,19].

Some geographical variations were seen in women’s perceptions of their knowledge of menopause and their sense of support. Lower perceived levels of support were correlated with greater symptoms and a greater perceived negative effect of menopause on QoL. In EU, German women appeared most confident about menopause, with 78% stating they were informed and 70% reporting being well supported; similarly, Spanish women had strong confidence regarding menopause related to their high levels of feeling informed (77%) and supported (79%). By contrast, women in France and the UK reported feeling less well informed and supported (France, 68% informed/55% supported; UK, 68% informed/57% supported).

The findings of the current surveys are similar to those of other studies. Results from a study of 2,020 Australian women aged 40 to 65 years showed that 17% of perimenopausal and 29% of postmenopausal women aged ≤55 years experienced moderate-to-severe VMS [22]. VMS were shown to be significantly and independently negatively associated with general psychological well-being [23], including moderate-to-severe depressive symptoms [24]. Further, the study showed that having any VMS negatively influenced self-assessed work ability parameters [25]. Another study, of 1,534 Australian women, showed that having VMS and vaginal dryness with intercourse were each positively and independently associated with moderate-to-severe depressive symptoms [26].
European survey data support the Australian surveys. Half of the 3,801 women aged 40 to 75 years from 5 European countries in one study had experienced VMS, and these symptoms were associated with greater health resource use and greater work and activity impairments than seen in the women without VMS [27]. Numerous European studies have demonstrated a negative impact of menopause (and often of VMS) on pain symptoms [28-31], as well as on impaired sleep [32,33]. A study that compared first-time attendees of a menopause clinic — these were otherwise healthy, employed Dutch women — reported that symptomatic menopausal women were 8 times more likely to report low work ability; over 76% of symptomatic menopausal women reported serious problems in dealing with the physical and mental demands of their work [34].
Approximately one-third of the women in our surveys reported feeling uninformed about menopause. Non-menopausal women appeared to underestimate the negative impact menopause-related symptoms could have on their daily personal and professional lives. Although other studies have reported similar findings, our evidence also shows that such underestimation of negative impact may be associated with having less troublesome symptoms during the menopausal transition [15,35].

The surveys were not primarily designed for statistical analysis, which potentially limits the significance of the extracted data. They were observational surveys, developed to provide initial insights into the similarities and differences among various geographical areas and across non-menopausal and menopausal women.
The possibility of defining the precise stage of the women’s menopause transition was limited by the nature of the survey questions asked (Figure 1), hence the use of the collective terminologies “non-menopausal” and “menopausal.”
Despite the limitations, we believe these real-life “pilot” data are of interest and could be used as signposts to design further studies using validated questionnaires to further explore the potential and actual impact of menopause on the lives of women across the globe.

Findings from these 2 large surveys have shown that women worldwide experience similar menopause-related symptoms that can have substantial negative impacts on QoL parameters.

The surveys also highlighted that a perceived lack of support from family, friends, HCPs, and employers increases the negative experiences and impact of menopause, as women who do not feel supported report more symptoms and a greater impact of those symptoms.

Many women do not feel well informed or may overestimate their knowledge about menopause. HCPs are key resources of menopause information and must be prepared to provide evidence-based guidance to all women as they transition from pre-menopause through menopause.

The need remains for greater outreach and education about menopause through allocation of governmental healthcare resources to women, as well as their partners, employers, co-workers and friends, to increase understanding and support for women as they traverse this stage of life.

Technical, editorial and medical writing assistance were provided under the direction of the authors by Lynne Kolton Schneider, PhD, and Strategix, an affiliate of The Lynx Group LLC.

Dr Davison has been a participant in a working group for the Mylan Women’s Health Study and has given educational presentations for Besins PTY LTD, Mylan, Lawley Pharmaceuticals, Novo Nordisk, Pfizer Australia/International and Bayer.

Rodney Baber has given educational lectures at meetings sponsored by Besins and Pfizer. 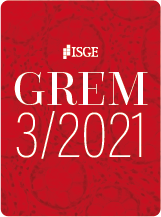