To investigate clinical features of the endometrium in postmenopausal women and to provide
evidence for clinical diagnosis and treatment of endometrial diseases in women during this period.

A total of 451 postmenopausal women attending Beijing ChuiYangLiu Hospital were enrolled from June 2017
to June 2019. All patients with endometrial abnormalities underwent hysteroscopic examination after routine evaluation
in the gynecology clinic using transvaginal ultrasound. Participants were divided into three groups based on the bilateral
endometrial thickness (ET) and presence or absence of postmenopausal vaginal bleeding (PMB), Group A: ET < 4 mm with PMB; Group B: ET ≥ 4 mm with PMB; Group C: ET ≥ 4 mm without PMB. Statistical analysis of the clinical data was performed using pathology results as the diagnostic gold standard.

Endometrial polyp is a common benign disease of the uterus in characterized by a thickened endometrium
women. Malignant diseases are frequently associated with EP, postmenopausal status with ET ≥ 4 mm, and PMB.
Endometrial biopsy should be performed in high-risk groups, particularly postmenopausal women with ET < 4 mm but accompanied by PMB.

This study is retrospective observational research. A total of 451 postmenopausal women who attended the Department of Gynecology at Beijing Chuiyangliu Hospital between June 2017 and June 2019 and met the inclusion criteria were included in the study.

Exclusion criteria: (1) patients undergoing oral chemotherapy or menopause hormonal therapy; (2) patients with ovarian tumor, endometriosis or adenomyosis; (3) patients with other malignant tumor history; (4) comorbidities for which HS is not appropriate.

This study was approved by the Ethics Committee of Beijing Chuiyangliu Hospital (Ethics approval number: 2021-012KY).

Endometrial thickness was reported in millimeters (mm). TVS was performed as clinically indicated, and the results were interpreted by doctors specializing in pelvic ultrasound. As mentioned, in 2018, the American College of Obstetricians and Gynecologists (ACOG) proposed that the negative predictive value for endometrial cancer is greater than 99% with an ET of 4 mm or less detected by TVS in postmenopausal women with PMB [4]. The same guideline recommends either endometrial sampling or TVS for evaluation of women with an initial episode of PMB; if TVS is performed and the resulting ET measurement is ≤ 4 mm, endometrial sampling is not required. Therefore, in this study, ET ≥ 4 mm with or without uterine space occupation was used as the criterion to determine a positive TVS result.

During the operation, an Olympus uterine cavity examination mirror (4.5 mm diameter) and a circulation perfusion electric resection mirror (9.0 mm diameter) were used.  The procedure was performed under general anesthesia administered intravenously in strict compliance with the specifications of the HS operation and was performed by experienced doctors with over five years of experience in HS surgery.  Injection of 0.9% sodium chloride was used as the distending medium in the examination procedures, while 0.5% mannitol was the distending medium used in the polypectomy procedure. The distension pressure was set at 80～100 mmHg (1 mmHg=0.133 kPa) and the flow rate was 260 ml/min. Surgical information and images can be recorded during HS. The cervical canal, the uterine horns on both sides of the uterine cavity, and the endometrium in the uterine cavity were comprehensively observed. All participants underwent diagnostic evaluation via endometrial sampling.

SPSS 23.0 statistical software was used for analysis. The normality of distribution was assessed with the one-sample Kolmogorov-Smirnov test. The quantitative variables, which were normally distributed, were presented as mean ± standard deviation (SD). Differences among three groups were analyzed by one-way analysis of variance (ANOVA) and the LSD-T test was used for multiple comparisons among the groups. The Chi-square test was used for categorical variables. We plotted the receiver-operating characteristic (ROC) curves with the true positive rate (sensitivity) on the y-axis and the false positive rate (1 – specificity) on the x-axis. We then calculated the area under the curve (AUC) and determined the optimal cutoff for ET in postmenopausal women without PMB based on Youden’s J index. P<0.05 was considered statistically significant.

Clinical characteristics of the participants

The characteristics of endometrial disease in the three groups

The present study found that 91.4% of postmenopausal women had benign endometrial diseases, which is consistent with the relevant results from both domestic and foreign studies [7,8]. EP (241/451, 53.4%) accounted for the highest proportion of these endometrial lesions, also within two of the three groups of women (B, 44.0% and C, 61.2%). No statistical information exists on the prevalence of EP among postmenopausal women in China. This study was still unable to assess the prevalence of endometrial disease in postmenopausal women since the sample analysis was restricted to patients with PMB or women with abnormal ET detected on TVS. Despite these limitations, we still believe that this study has some significance. Endometrial polyp is a common benign disease of the uterus and can occur in females of any age, even though it has been shown to increase with increasing age [9]. Postmenopausal women with EP are at increased risk of malignancy compared with premenopausal women [10]. Reportedly, 10~34% of endometrial cancers in postmenopausal women have been associated with EP [11]. Sandra Bel et al. [12] reported that the risk of malignancy was 12.3% in patients aged over 59 presenting PMB with EP. For all other subgroups, the risk varied between 2.31 and 3.78%. Anna Uglietti et al. [13] reported that the frequency of malignancy among women with EP was associated with menopausal status, and with the presence of PMB. Endometrial serous carcinoma (ESC) is frequently associated with EP [14]. ESC is an aggressive tumor that has a high propensity to develop distant metastases even in the absence of myometrial invasion [10]. Accordingly, patient records should be reviewed on an individual basis, taking into account the patient’s preexisting conditions. Hysteroscopic resection of EP should therefore be routinely proposed in older postmenopausal women with PMB, after providing clear and appropriate information.

This study shows that the mean ET in Group C was 9.70±4.98 mm, significantly lower than that in Group B (11.27±6.1 mm).  The proportion of endometrial cancer in Group B was significantly higher than that in Group C (p<0.05), but 1 case constituted 4.8% (1/21) of Group A, no significant difference was observed between Group B and Group A (p=0.142). Endometrial cancer is the most common gynecological malignancy in developed countries [4], and the second most common gynecological malignancy in China [1]. In patients with PMB, ETs measured by TVS were significantly correlated with the risk of endometrial cancer [7]. ACOG Committee Opinion No. 734 recommends that because rare cases of endometrial carcinoma (particularly type II) can present with an ET of less than 3 mm, persistent or recurrent uterine bleeding should prompt a histologic evaluation of the endometrium regardless of ET [4]. The present study reported 1 endometrial cancer case in Group A (ET < 4 mm and PMB), associated with a body mass index of 34kg/m2 and type II diabetes mellitus. Obesity and type II diabetes mellitus are independent risk factors for endometrial cancer. Clinical risk factors for endometrial cancer should also be taken into account when evaluating PMB, including, but not limited to, age, obesity, use of unopposed estrogen, specific medical comorbidities (e.g. polycystic ovary syndrome, type II diabetes mellitus, atypical glandular cells on cervical cytology), and family history of gynecologic malignancy [15]. A woman with a thin endometrium should undergo histological investigation if she experiences repeated episodes of PMB and ongoing PMB [15]. For diagnostic purposes, endometrial histopathology should be carried out more actively among women with high-risk factors.

Fear of endometrial cancer is the leading reason for outpatient medical checks in postmenopausal women with PMB or abnormal ET. In most cases of endometrial cancer, PMB is the most common symptom, experienced by 90% of women. However, depending on the sensitivity and specificity of the screening tools, up to 20% of women may be symptomless when diagnosed [16]. A standardized cutoff value for postmenopausal women without PMB that accurately differentiates normal endometria from pathologically thickened endometria has not been established [17]. For this reason, the majority of women are admitted to undergo invasive diagnostic testing. This may lead to patient anxiety and increased costs. The results of the present study gave us a ROC curve showing that when ET was 10.15 mm, sensitivity was 75.0%, specificity was 86.2%, and the highest Youden index was 0.612. Berna Seckin et al. [6] indicated that an ET of 8.2 mm is the best cutoff value for detecting malignancy in symptomatic women. Ahmed Ghoubara et al. [18] reported that utilization of a ≥10 mm ET threshold to prompt investigations did not miss any cases of endometrial atypical hyperplasia or cancer. The ACOG does not recommend routine endometrial biopsy in postmenopausal women with asymptomatic ET >4 mm [4]. According to the Society of Obstetrics and Gynecology of Canada (SOGC), a woman who has endometrial thickening and other positive findings on ultrasound, such as increased vascularity, inhomogeneity of endometrium, particulate fluid, or thickened endometrium over 11 mm, should be referred to a gynecologist for further investigations [19]. A systematic review and meta-analysis have suggested that asymptomatic women with risk factors, such as increasing age, diabetes, hypertension, obesity, nulliparity, chronic anovulation, and the use of unopposed estrogen, should be evaluated more rigorously [20].

In conclusion, EP is the most common endometrial lesion in postmenopausal women. ESC is frequently associated with EP. Further research is needed to determine the optimal ET threshold for endometrial cancer in postmenopausal women without PMB. Further diagnostic evaluation of the endometrium should be determined by the clinician on an individual patient basis, taking into account abnormal bleeding, risk factors for endometrial lesions (e.g., abnormal body mass index, medical comorbidities, family history), and patient preferences.

We thank all participants and staff at the study sites for their cooperation.

The authors declare there is no conflict of interest associated with this manuscript. 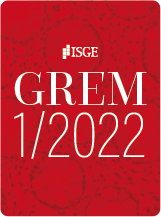 Clinical features of the endometrium in postmenopausal women